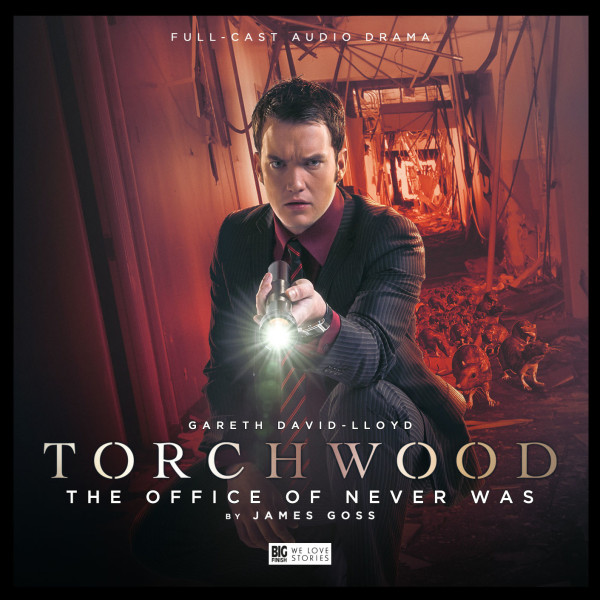 17. Torchwood: The Office of Never Was

There’s an empty office block in Cardiff. That’s nothing special – plenty of businesses go under, clear out, cease to exist. All that’s left behind is an empty building. But there’s one office block that refuses to be forgotten about.

There have been stories about that building - strange lights, funny goings on, faces pressed up against the glass. Enough to get the locals worried. Enough to ask Torchwood to get involved.

It’s Friday night. Ianto Jones has better things to do with his time than look round a haunted building. But he goes anyway, and it turns out that The Office has been waiting for him.

"Ianto really shines in this story and Gareth David-Lloyd gets to play him with a range I think was only started in the TV show. 10/10" Indie Mac User

"‘The Office of Never Was’ is a welcome return of Ianto Jones to the Big Finish world. Gareth David-Lloyd has turned in an excellent performance of a challenging script. Goss has taken a daring move with the character and crafted the perfect environment for it. This is an essential Torchwood story for your collection. – 9/10 " Blogtor Who

"This story goes right to the heart of what Torchwood are and what they do, it deals with the consequences of those actions almost like no other story before it and lays Ianto’s soul bare – Ianto always was the softer side of Torchwood, this explores how he deals with the contradictions in his job and how those contradictions can devastate the lives of those who Torchwood sometimes only think of as all in a days work." Planet Mondas

"For me, Ianto was always the unsung hero of Torchwood Cardiff. From his humble beginnings serving tea to Jack and the gang, to being a badass, to being murdered in Children of Earth, Ianto was always dependably brilliant; and James Goss makes sure you know it in this story." Gallifrey Archive