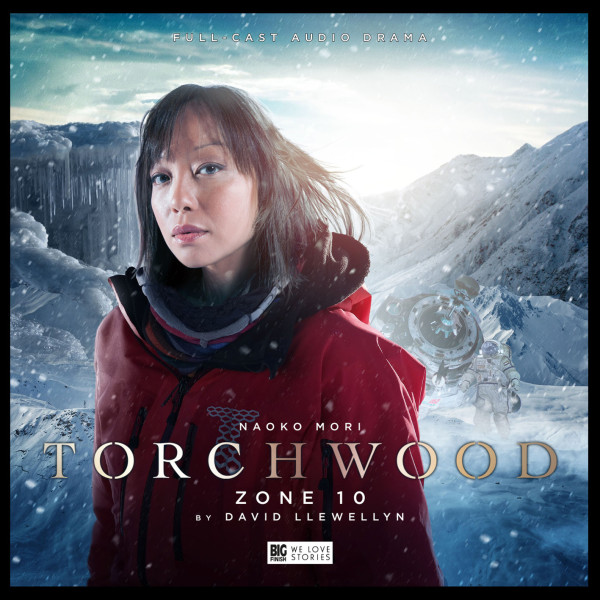 They call it 'Pulse' - a radio signal which has puzzled the world for 40 years. But now Toshiko Sato has solved it.

She's uncovered a message which leads her to Russia, and into an uneasy alliance with the KVI - the Russian equivalent of Torchwood. Toshiko needs to get into Zone 10 - a frozen wasteland which officially doesn't exist.

An intergalactic war was once fought in Zone 10. And it turns out there's a survivor.

'Naoko Mori slips back in to the role of Toshiko like she has never been away...tightly directed, grippingly written this is a play that completely sucks the listener in to its world...Bleak, intense and intriguing, another fab release'. 9/10 - Planet Mondas

'Zone 10 is a great story that is fast paced enough to keep you engaged and fully invested in the plot, but peppered with slower, much more intimate and personal moments that really help you understand the characters and their motivations.' 9/10 Gallifrey Archive

'Naoko Mori drops straight back into the role as if eight years haven’t passed since her departure from Torchwood, and builds a credible relationship for the Torchwood agent with her Russian counterpart, similarly well-played by Krystian Godlewski. There’s also a well-constructed role for Ella Garland with director Scott Handcock eliciting a sometimes heartrending performance from the leads.'  9/10 Sci-Fi Bulletin