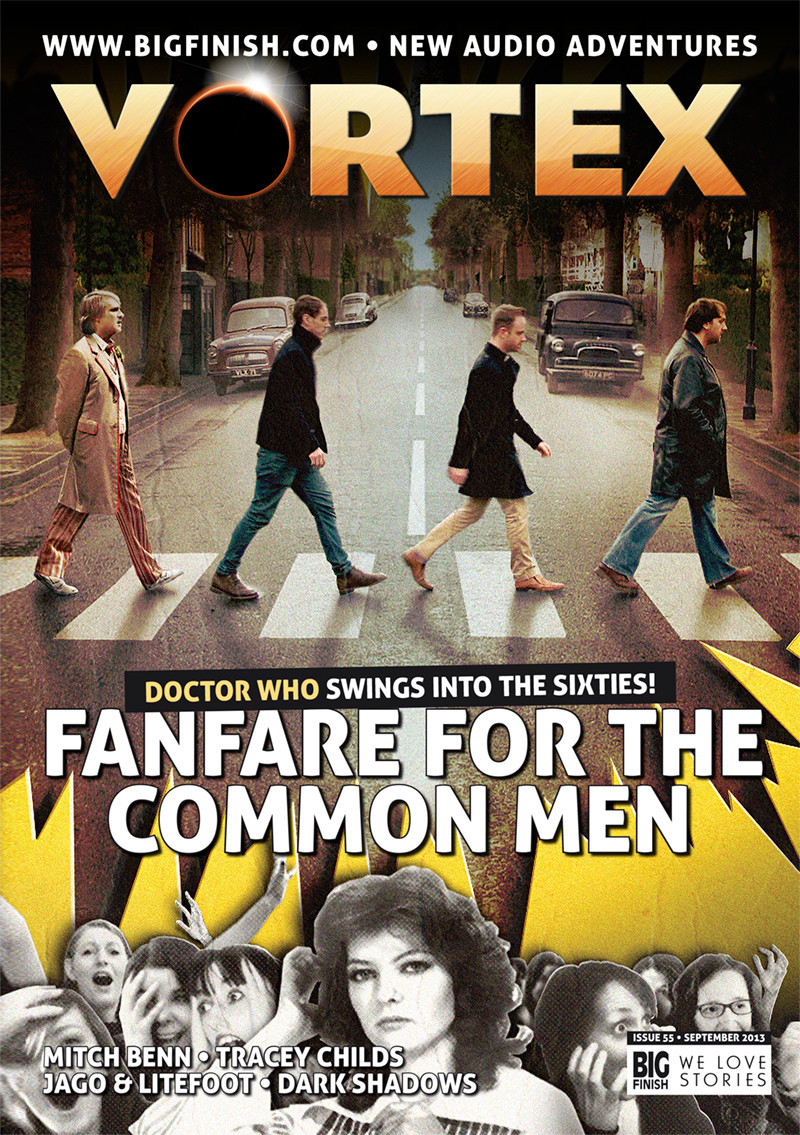 There's a double bill of main range releases this month, so we have a double bill of interviews! Tracey Childs chats about returning to the role of Elizabeth Klein as our latest trilogy ends with Daleks Among Us, and guest star Mitch Benn talks about the life of the guest star as he heads up the cast of our first anniversary-tinged release, 1963: Fanfare for the Common Men.

They're back! And they're home! Returning to Victorian England, Henry Gordon Jago and Professor George Litefoot are put into service for Queen and Country this month. We spoke to ever-magnificent stars Christopher Benjamin and Trevor Baxter about their latest box set of adventures, visiting museums and going clubbing.

DOCTOR WHO - THE COMPANION CHRONICLES

Writer Mat Coward speaks of his joy at getting to add things to Doctor Who continuity - and what he's decided should be part of the canon in his Chronicle this month, Upstairs...

Writer Cody Quijano-Schell provides some insights into this month's spooky offering, The Flip Side, and musician Sean McGhee reveals how he wound up making a song for the story...

What with it being a very musical month for Big Finish, we take a look back at the rip-roaring high seas adventure that is Doctor Who and the Pirates.

Letters answered, the editor goes to the Fringe festival, we have a sneak peek at Survivors, and there's a list of upcoming releases. If there's anything you'd like to put a question to us about, please mail enquiries@bigfinish.com and mark your e-mail 'Feedback'.