We're returning to the Blake's 7 universe this coming January in Restoration Part 1 - four brand-new full-cast audio adventures set during the TV series' third season; plus a new audiobook/hardback novel, Uprising. And you can check out the artwork for both of these releases now.

Blake's 7: Restoration, a new series of 12 episodes, follows directly on from events in the Crossfire trilogy. After the cliffhanger ending to Crossfire Part 3, with Avon shot, Cally unconscious and the Liberator critically damaged, we can’t wait to find out what happens next!

Paul Darrow, Jan Chappell, Michael Keating and Steven Pacey all return to their roles from the classic TV series, while Alistair Lock provides the voices of computers Orac and Zen, and Yasmin Bannerman plays the role of Dayna.

In Restoration Part 1, to be released in January 2019, four new adventures see the now vulnerable crew of the Liberator desperately attempting to repair their crippled ship and avoid capture by the Federation. 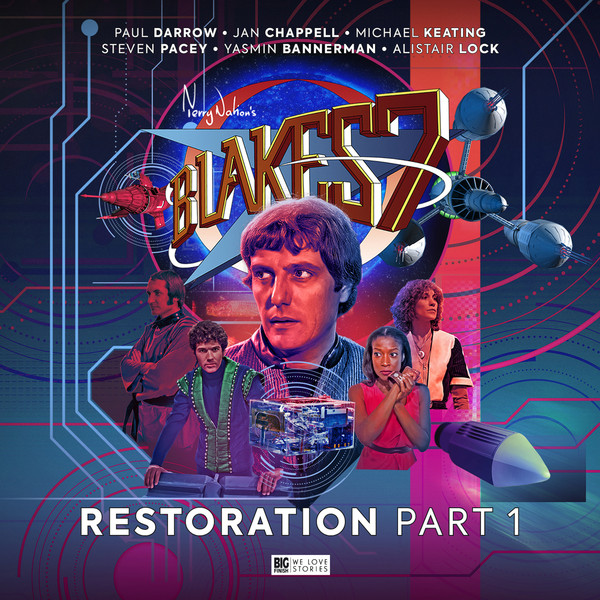 Blake's 7 fans will also be delighted to know that Avalon returns in episode 3, Figurehead.

on't forget each CD purchase unlocks a download option from the Big Finish app or directly from our website.

Also released in January 2019 is Blake’s 7: Uprising by Christopher Cooper. This brand new Blake’s 7 novel will be available in hardback and as an audiobook read by Stephen Greif.