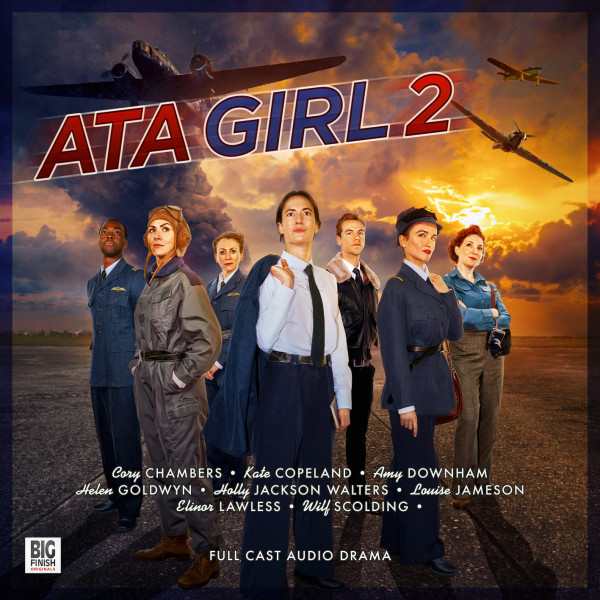 Download
US $13.60
Buy
Save money with a bundle Login to wishlist
16 Listeners
recommend this

Following on from the first quartet of stories, the female pilots of the Air Transport Auxiliary find themselves caught up in one of the most historic air raids of WWII, alongside a more personal drama that ends in tragedy.  Later, despite the end of the war being in sight, the 'battles' more close to home continue; the disappearance of a pilot remains unresolved and it seems that a terrible crime may go unpunished.

The Hardest Day by Helen Goldwyn

18th August 1940. What begins as a routine ferry assignment to Kenley Airfield becomes one of the most dramatic days of WWII, when a vast German raid descends upon the base. Led by commander Pauline Gower, the pilots (some familiar, some new) are tasked with saving as many aircraft as they can and a race against time - and the enemy - ensues.

Back at base, ambitious First Officer Henry Lloyd and war photographer, Faith, help survivors, but during the mayhem, an horrific crime is perpetrated... and it seems the culprit will never be brought to justice.

1944-45. Paris has been liberated and the allies are gaining ground at last. The ATA women see in the new year with the hope of peace in the sight, but there are still old mysteries to be solved and painful losses to endure. Will they ever find out what happened to one of their missing pilots and can hard-nosed pilot Felicity repay the dangerous debt she owes?

Meanwhile, a friendship between newly engaged Rhiannon and black Canadian pilot, Gabriel, creates waves of disapproval, but Rhiannon is in more danger than anyone realises. Her war has only just begun.

ATA Girl is not just a history lesson, but a fine drama that feels searingly alive, and it’s among the best work that Big Finish have done for some time. I would wholeheartedly encourage anyone to give it a listen.

Praise for Series 1 - The Digital Fix

The stories never falter into melodrama but show the stoic strength of these independent and daring pilots… ATA Girl surprised me with the depth of honesty and grit. It is a beautiful homage to the brave women of the ATA.

Praise for Series 1 - Blogtor Who

Interviews and behind the scenes from Vortex #132