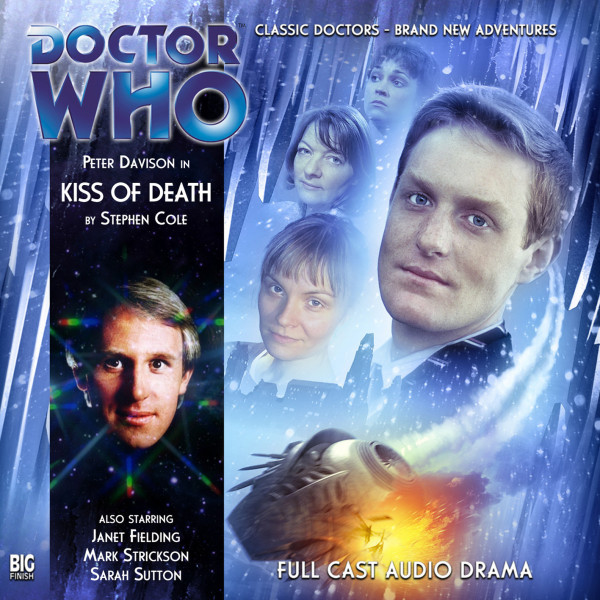 The TARDIS travellers take a break on the beach world of Vektris. Hot sun, cold drinks and all the time in the worlds. What could possibly go wrong?

A kidnapping, a spaceship heist and a desperate chase to a distant galaxy later, Turlough finds himself in a strange winter palace… along with a face from his past. The Doctor, Tegan and Nyssa, meanwhile, fight to escape its frozen catacombs, guarded over by a vast and deadly alien, The Morass.

But what connects Turlough to the ancient treasure hidden somewhere in the palace? And how far will he go to acquire it?

Chronological placement:
This adventure takes place between the tv stories Enlightenment and The King's Demons.