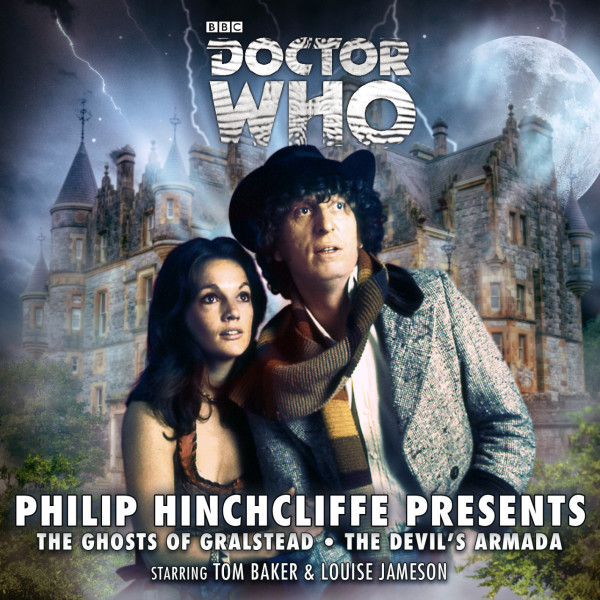 Download
US $55.34
Buy
Login to wishlist
29 Listeners
recommend this

"The starting point was there were a few basic ideas that were kicking around for another series, had we made it," says Philip. "I thought this project would be fun to be involved with, and I've tried to and tell stories that are in the same spirit as the ones Robert Holmes and I were telling."

1.1 The Ghosts of Gralstead
The Doctor and Leela return to Victorian London, in the year 1860.

At St Clarence’s Hospital, respected surgeon Sir Edward Scrivener requires the bodies of the dead… At Doctor McDivett’s Exhibition of Living Wonders and Curiosities, miracles are afoot… And in Gralstead House, the ghost will walk again. Mordrega has come to Earth…

1.2 The Devil's Armada
The TARDIS lands in Sissenden Village in the sixteenth century. Catholic priests are hunted, so-called witches are drowned in the ducking stool, and in the shadows, the Vituperon are watching… and waiting…

Shop all audiobooks
Next release in this range: Doctor Who: Philip Hinchcliffe Presents: The Devil's Armada (DWM550 promo)