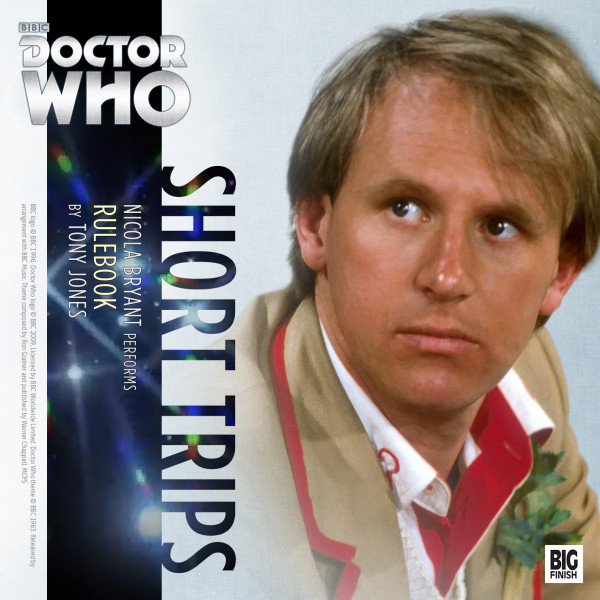 "To a new Doctor Who writer there can be no greater accolade than to be compared to Robert Holmes, but this story really is a Holmesian pastiche with all the wry hallmarks of his frustration at the small minded who have an over inflated sense of self importance, 8/10", Planet Mondas

"This is the kind of story Short Trips was made for. 9/10 Sonics," Indie Mac User

Release #22 is a Fifth Doctor and Peri Brown story.

The Ellani of Beadledom 3 lived their lives in regulated harmony until they were invaded by the Valtor. Of course the Doctor and his new companion Peri were delighted to help out, but they didn’t know their biggest challenge wouldn’t be the Valtor army, but the Rulebook...