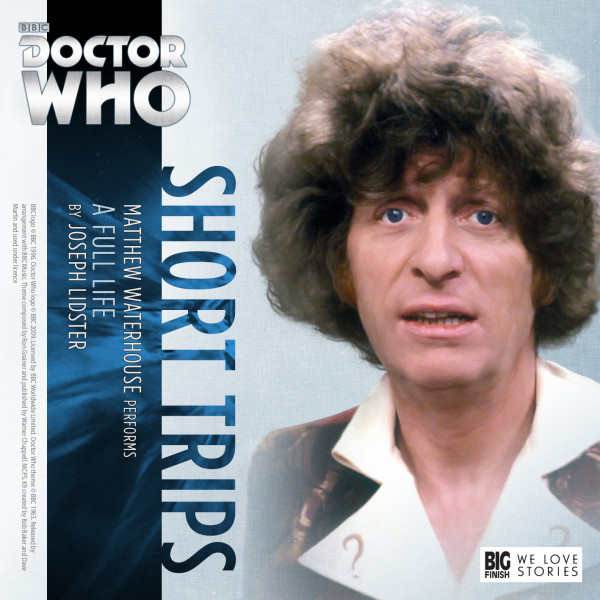 Download
US $2.99
Buy
Save money with a bundle Login to wishlist
30 Listeners
recommend this

Adric's life is full of death. His parents died when he was a child. His brother died a few months ago. Now, travelling with the Doctor and Romana, everywhere he visits, people die. But now they have arrived on Veridis. And on Veridis, the dead come back...

Recorded on: 19th January 2016
Recorded at: The Moat Studios

"Writing the music for A Full Life was rather straight-forward. After hearing it all together for the first time it was quite obvious Joe Lidster had written an absolute corker. Writing music for audio is like expressing the thoughts of the characters. Where other disciplines have you prepare based upon the overall happenings in front of you, audio allows you to delve more deeply into the expression of the story. So when you’ve got such a strong writer, an amazing actor in Matthew Waterhouse and marvellous multi-faceted characters in your grasp, you have a great deal of freedom to explore.

Generally speaking the approach to writing the music boiled down to either the reflection of Adric’s words and thoughts, or the happenings and progression in the story. Music adjoining scenes generally falls into the category of “make the story progress” or “paint a picture in your mind's eye”. My favourite of these was the scene where the Doctor and Romana walk into Tivorc’s machine. I had to build suspense as they walked in, followed by musical cues to the Doctor’s and Romana’s words. I tried to imbue it with the valour and majesty of the two figures walking to their deaths, while using the 6/8 time signature over the 4/4 to give a feeling of time slowing and twisting. It was a massive nexus of narrative that left Adric alone on Viridis with only K9 for company so it had to stick out as a brave moment for both the Doctor, Romana and especially Adric.

Adric being left alone on Viridis starts out as a truly tragic turn of events, and the music spends more and more time as a reflection of Adric’s mental health. There was the scene where he lets go of his emotions over the Doctor and Romana’s death to an also sad and morose K9. This needed to be a bottom of the barrel moment for Adric before he can make his upswing to happiness, and what’s sadder than a cello? My favourite part of the score however, had to be the re-meeting of Assun and the relationship that bloomed there. That first meeting pretty much wrote itself! The entire first meeting was a single improvisation played in between Matthew’s wonderful narration. Matthew left me a lot of space to work, and quite frankly read it perfectly from start to finish. This scene brought a tear to my eye on several occasions!

I hope you enjoy listening to A Full Life as much as I’ve enjoyed working on it. It’s been an absolute pleasure."

I was even tempted to write a one word review, just one word 'Exceptional'.

A Full Life exemplifies everything brilliant Doctor Who can accomplish through Big Finish. Mark this down as an essential purchase for 2016, you will find few short stories better than this one in the years to come.

Matthew Waterhouse has never been better in the role of Adric... Another Short Trip that hits all the right points in writing, performance and production. 10/10

Once again the Short Trips range has delivered a poignant story with several moments that will make the listener take stock of the character of Adric with new insight. Judged the third-best 2016 Big Finish release by Cult Box Website