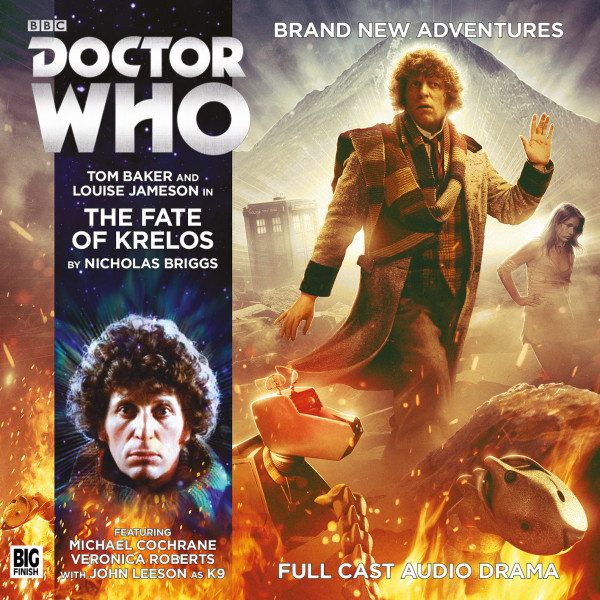 CD
US $14.39
Buy
Download
US $8.99
Buy
Bundles Login to wishlist
5 Listeners
recommend this

There are dark skies on Krelos… and something gigantic is descending.

Meanwhile, the Doctor and Leela set off for some fishing in the mountain pools of Krelos. K9 has interfaced with the TARDIS and has reactivated the architectural configuration from the days of the Doctor’s second incarnation. In passing, the Doctor notes it could do with a good clean. And there’s a familiar piece of material snagged on the console.

Far up the mountain, an aged explorer is in trouble. Will the Doctor and Leela be able to save him and his planet? And what is it that K9 has discovered in the TARDIS?

Note: The adventure continues in Doctor Who: Return to Telos

'Really couldn’t ask for more in a Doctor Who story... wonderful characterisation and a story that is perfectly paced – one of the best this year so far 10/10.' Planet Mondas