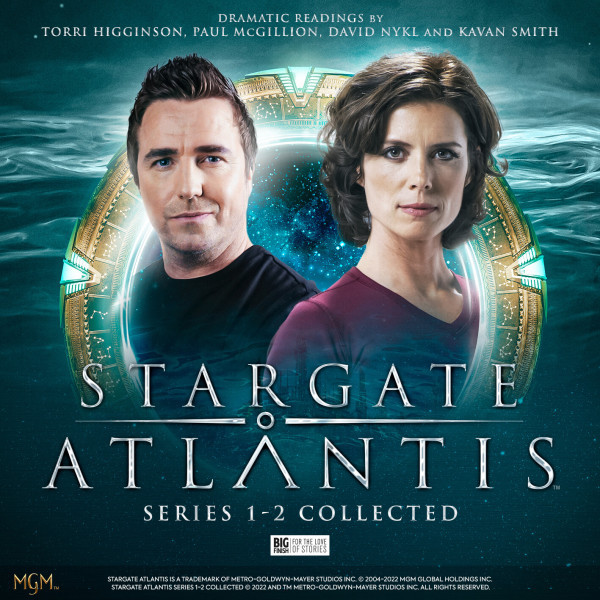 Download
US $30.49
Buy
Save money with a bundle Login to wishlist
6 Listeners
recommend this

Follow the team from Stargate: Atlantis as they battle alien foes and encounter strange phenomena.

1.1 A Necessary Evil by Sharon Gosling
When Sheppard’s team encounter a culture with technology that keeps their population invisible, it seems Atlantis might have found protection from the Wraith. Doctor Weir embarks on a diplomatic mission to negotiate with the people of Lannavulin...

1.2 Perchance to Dream by Sally Malcolm
Doctor Carson Beckett finds himself in an uncomfortable situation when he becomes a patient in his own infirmary. But that's the least of his troubles. Cared for by Doctor Gilbert, Beckett watches as a strange affliction overcomes his colleagues...

1.3 Zero Point by James Swallow
Zelenka reluctantly finds himself aboard the Starship Apollo as part of Colonel Carter’s survey drive. It’s a sensible idea, he understands that - but it’s also very dull. Dull, that is, until the ship discovers an entirely new life form...

2.1 Impressions by Scott Andrews
Plagued by blackouts, painting strange pictures in his sleep, Major Evan Lorne begins to fear that he's losing his mind. Has the stress of life in the Pegasus galaxy pushed him over the edge?

2.2 The Kindness of Strangers by Sharon Gosling
Dr Beckett and the Atlantis team embark on a mercy mission to save a community from an imminent volcanic eruption. But as the evacuation begins, it seems that the people may have been hiding a horrifying truth...

2.3 Meltdown by David A McIntee
An off-world mission goes awry for Dr Radek Zelenka when he finds himself trapped in a decrepit Genii power station. His only hope for survival is opening a dialogue with the enemy. But will he be able to do that before a catastrophic nuclear meltdown?

Please note: these stories were originally published in 2008 and 2009, and were previously available to purchase individually from Big Finish.

1.1 A Necessary Evil
This story assumes that Doctor Weir was mind-probed by the Asurans following her capture at the beginning of season four. During the probe, the incident she recalls is set during season three, after Common Ground and prior to First Strike.

1.2 Perchance to Dream
This story takes place during season two.

1.3 Zero Point
This story takes place in season four, between Reunion and Midway.