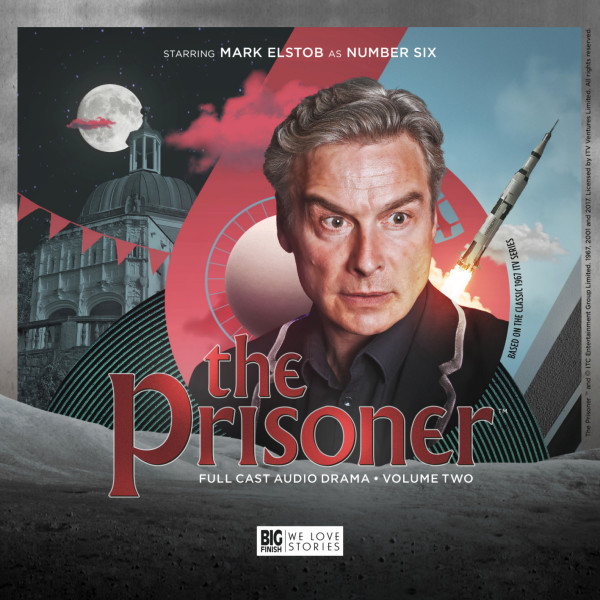 CD + Download
US $37.42
Buy
Download
US $25.00
Buy
Save money with a bundle Login to wishlist
15 Listeners
recommend this

2.1 I Met a Man Today (adapted from Many Happy Returns)

Exhausted after a daring escape from the Village, Six returns to London to find a woman living in his home. Despite being fearful that this could be yet another trick by those who run the Village, he dares to take the risk and starts to get to know her… Meanwhile, those running British Intelligence have their own agenda.

Six is now certain he can’t trust anyone. Any food or water in the Village could be laced with chemicals to alter his mental state. Going ‘nil by mouth’ in an attempt to prevent potential drugging, he finds himself dazed and confused by hunger and dehydration. And a prisoner in a secret laboratory makes some unnerving claims. Claims that lead to the identity of Number One.

2.3 Hammer into Anvil (adapted from the TV episode of the same title)

For the new Number Two ‘the gloves are off’. His mission is to break Six, saying he must be either hammer or anvil. But Six has a plan to exploit a weakness in the system.

2.4 Living in Harmony (not adapted from the TV episode of the same title)

Six finds himself in entirely unfamiliar circumstances. He is also confronted with the seemingly impossible return of Number Nine. But worst of all, he is faced with a deadly choice. Just how much is his freedom really worth?

The Prisoner™ and © ITC Entertainment Group Limited 1967, 2001 and 2017. Licensed by ITV Ventures Limited. All rights reserved.

Number 6 can trust no one and is under constant supervision by his ever changing adversary Number 2 - the leader of The Village. Number 6 attempts to trace the real identity of his captors, and the mystery of the ever-elusive Number 1, but is forever thwarted. Mysterious white orbs known as Rovers help to maintain order, and will engulf any who attempt escape.

I’m still buzzing from the great reviews of The Prisoner. It was a big risk making this series, and a lot of the initial reaction to the fact that we were producing it was understandably negative. As I said in an interview the other day, if I hadn’t actually been producing it myself, I would have had a negative reaction to it. And, as I said to fellow writer and all-round nice fellow Guy Adams the other day, if I’d really considered the risks involved in whether it would turn out to be well received or not, I think I wouldn’t have dared go near The Prisoner. I just had a sort of insatiable and perhaps insane drive to do it. Thank goodness those lovely people at ITV were convinced by me. Thanks, Giles, Maggy and Najmie!

I already have plans for the stories I’m going to do next time, but since those storylines haven’t been finished yet, I haven’t sent them to ITV. And if they haven’t been sent to ITV, I don’t know if they’re going to be approved yet. So… I’ll let you know what they are if and when they’re approved. But the rough plan is for four more stories, three of them adapted from original series episodes, with one entirely new. I have a feeling the adaptations will be looser this time, with even one of them having a different title as a result.

A huge contributing factor to the success of the series has been Mark Elstob as Number Six. And he’s definitely up for more. He’s already appeared at our event, Big Finish Day 8, and did a sterling job on stage, giving many insights into his work on the series.

Other huge contributing factors were composer Jamie Robertson and sound designer Iain Meadows. I’m hoping I can persuade them to come back. They did such brilliant work. I still can’t stop humming the new theme.

Also, I’ve told Jamie Anderson I’d love him to continue script editing and he seems fine with that. Hopefully, by next time, I’ll have some news about storylines.

Naturally, I should end with…

As I mentioned last time, I’ve already planned out which stories I’ll be adapting from the original TV series of The Prisoner. I’ve also worked out a title for the ‘original’ episode I’ll be writing too. But as the overall storyline for the box set develops in my head, I can see that the adaptations will depart from their source material even more.

I’ve just completed the storyline for the first episode of the second box set. It’s an adaptation, but I’m not yet giving away its title, mainly because I haven’t sent it to ITV yet. The title isn’t the same as that of the episode from which it has been adapted. It’s that different!

I’ve been trying to fathom some sort of cryptic clue I can give to the nature of the story. But the fact of the matter is that Prisoner fans are so knowledgeable about the series that literally anything I say will give it away. So instead, I’ll just try to tease you with the impossibly obscure clue of… ‘Robin Redbreast’. If you can guess which episode I’ve adapted from that clue, then you truly have incredible powers of deduction. It’s an impossible clue!

In other news, Mark Elstob, our superb new Number Six, has emailed me to let me know about his availability. As happened last year, he’s up in Scotland doing some theatre, so it’s going to be really rather difficult to get hold of him. But Mark is very committed to the series, so we should be able to work something out.

Oh, and I’ve also met another veteran actor who I want to cast as a Number Two. He’s actually great friends with Michael Cochrane and conveyed Michael’s best wishes to me when I was working with him (this ‘mystery’ actor) on our Sherlock Holmes range recently.

I’ve been a little distracted by other Big Finish duties of late - not least an adaptation of HG Wells’s War of the Worlds - so I really must head back to the Village.

On that theme, it’s probably worth mentioning that I’ll be having a short weekend break in Portmeirion over Easter (my first ever visit). If you’re there, I’ll…

I’m looking forward to the next even as I press play again on this volume. Be seeing you.

Mark Elstob is just glorious...His Number 6 is better and more personal than the original... enjoyable and thoroughly captivating... This is Nick Briggs' Prisoner and it’s a worthy addition to The Prisoner canon.

Big Finish have come up trumps again! Volume 2 of The Prisoner is compulsive listening, with Nick Briggs having worked his magic once more. Mark Elstob is outstandingly good as Number Six, as are the rest of the cast in their roles. Intelligent and refreshingly new dialogue and story-lines complementing the old, it is a must-have for any Prisoner fan's collection!"

These Prisoner releases are to be applauded for how they have breathed new life into a fifty-year-old television series – a show that continues to be relevant and popular but which has become as familiar to me as an old armchair. What Nicholas Briggs and Big Finish have done, with the help of many talented actors and production people, is give me a new Prisoner which is just as intelligent, immersive, groundbreaking and risk-taking as the original, but which is fresh and repeatedly takes me by surprise. Big Finish take The Prisoner stories back to basics and reinvent them in clever ways, paying homage to McGoohan’s creation while never betraying it.

A triumph of compelling storytelling - I was totally absorbed throughout. Writer and producer Nicholas Briggs totally ‘gets’ the concept of The Prisoner and it felt as though these new episodes were a bespoke concoction, written specially for me... Briggs’ series has stepped out of the shadow of the original series and now proudly stands on its own two feet. Entertaining, daring, and utterly enthralling.