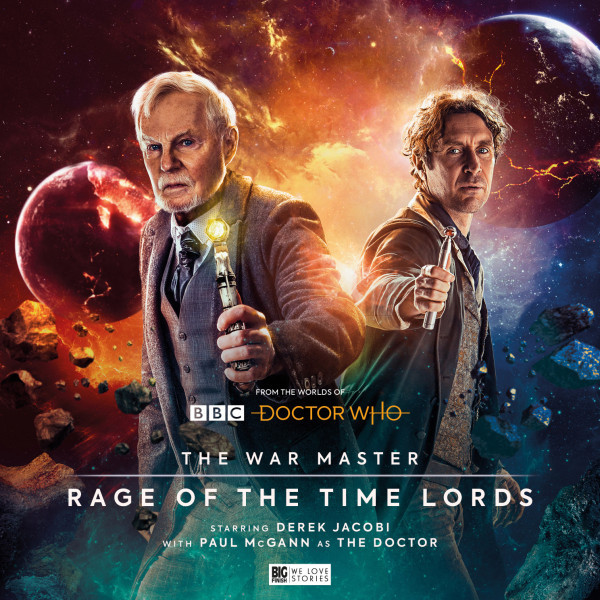 3. The War Master: Rage of the Time Lords

CD + Download
US $42.18
Buy
Download
US $36.15
Buy
Save money with a bundle Login to wishlist
89 Listeners
recommend this

With all of space and time in chaos, the Master plots his most audacious project yet. Only one other Time Lord has ever been able to stop him. But where is that Time Lord when the universe needs him?

3.1 The Survivor by Tim Foley
At the height of the Second World War on the planet Earth, Alice Pritchard wants for nothing more than the fighting to stop, and to do her bit for King and Country. But when the village priest offers her guidance, her life will change in ways she could never imagine.

3.2 The Coney Island Chameleon by David Llewellyn
When the carnival arrives on Coney Island, it brings with it the most incredible specimens that New York will ever see. Unfortunately for the acts, not all eyes on them are friendly. Enigmatic businessman TS Mereath has taken a shine to the Coney Island Chameleon, for example… and he will seemingly stop at nothing to acquire her.

3.3 The Missing Link by Tim Foley
On a desolate world in the distant future, the Master embarks on his latest scheme, aided and abetted by a team of brilliant scientists. But who is he truly working for? And in a universe at war, is there anyone left in all the cosmos who can stop him?

3.4 Darkness and Light by David Llewellyn
With the Master’s plans near completion, his victory is threatened by the presence of his greatest friend and enemy: the Doctor.

Recorded on: 20, 26-28 February and 2 October 2018
Recorded at: The Soundhouse, Moat Studios and Bang Post Production, Cardiff