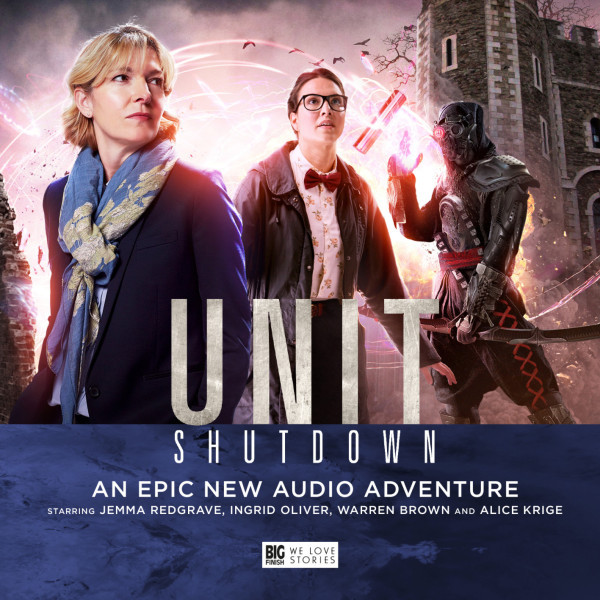 Download
US $24.99
Buy
Save money with a bundle Login to wishlist
17 Listeners
recommend this

Kate Stewart and her UNIT team investigate and confront alien attacks on the planet Earth in this new 5 disc boxset.

2.1 Power Cell by Matt Fitton
Osgood and Captain Josh Carter are sent to investigate the disappearance of a UNIT scientist.

Meanwhile, alien technology has fallen into the hands of Lyme Industries, and Kate Stewart can't persuade the company’s CEO, Felicity Lyme, to give it back.

But UNIT find themselves fighting a third battle when innocent people start to die. Who are the mysterious assassins? And what does Felicity Lyme want with top secret alien technology?

2.2 Death in Geneva by Andrew Smith
With few people left to trust, and with assassins on their tail, Kate and Osgood race to UNIT Command in Geneva. Will General Avary be able to help them?

But when death follows UNIT all the way from the English countryside to the snowy slopes of the Alps, Captain Carter finds himself in a race against time.

As the body count rises, Kate struggles to separate friend from foe, danger circles Osgood ever closer, and, high in the mountains, Josh comes face to face with the enemy...

2.3 The Battle of the Tower by Andrew Smith
The threat is now clear, and Kate Stewart retreats to UNIT HQ with her most trusted colleagues. She has no choice but to place the Black Archive into lockdown, and the Tower of London is where UNIT will make its stand.

While the capital sleeps, an alien horde is gathering, ready to rise from the shadows to attack Earth’s greatest defence force inside its own stronghold.

The Tower is infiltrated, and UNIT must hold the line. At any cost. Lock and load...

2.4 Ice Station Alpha by Matt Fitton
Caught between human greed and an unstoppable alien power, Kate Stewart leads her closest allies on one final, desperate mission. This could be the very last chance for the human race.

But the UNIT team has been declared rogue, and ruthless military forces are in pursuit as they race across the globe. Kate calls Lieutenant Sam Bishop to their aid, while Josh and Osgood head out across the frozen Antarctic plains to try and prevent a disaster no-one else knows is coming.

If you loved the first UNIT set, you will absolutely love this latest addition to the universe. How could you not enjoy a conspiracy story involving Alien Ninja Warriors?

Exciting, exhilarating and with a proper international feel, this is a fantastic entry to the UNIT files.

With the Tengobushi and the alien leader Dokan, Big Finish has added a well-defined and definitely alien race to the mix.

Jemma Redgrave and Ingrid Oliver remind us just why they were cast as UNIT scientists Kate Stewart and Osgood in this rip-snorter of an audio drama. 10/10