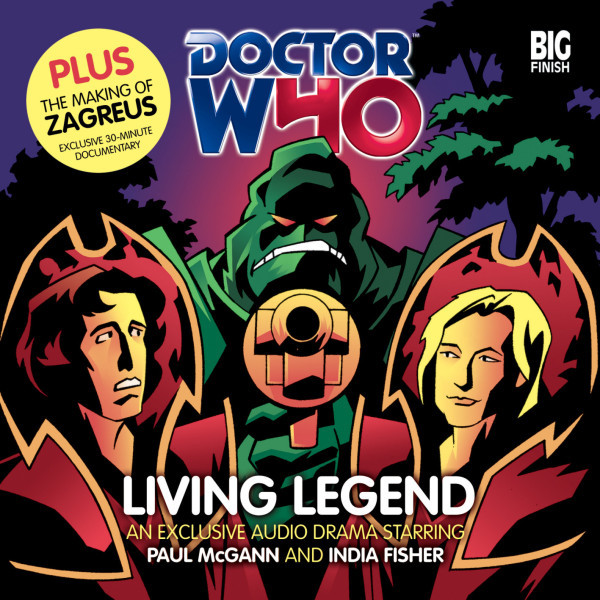 Doctor Who: Living Legend + The Making of Zagreus

Login to unlock for free!
Save money with a bundle Login to wishlist
29 Listeners
recommend this

Planet Earth, 1982. The world faces imminent destruction when Italy win the World Cup! Can the fabled Time Lady Charleyostiantayshius save humanity from the dreaded Threllip Empire, or will her idiot assistant, the Doctor, ruin everything?

The Making of Zagreus

Four Doctors unite! A revealing look at the production of Big Finish's 40th anniversary epic, Zagreus. This in-depth documentary features interviews with cast and crew is hosted by India Fisher.

This release was originally given away as an exclusive CD with Doctor Who Magazine #337, which was published 13 November 2003, and is now offered free on the Big Finish website thanks to Tom Spilsbury and all at Doctor Who Magazine.