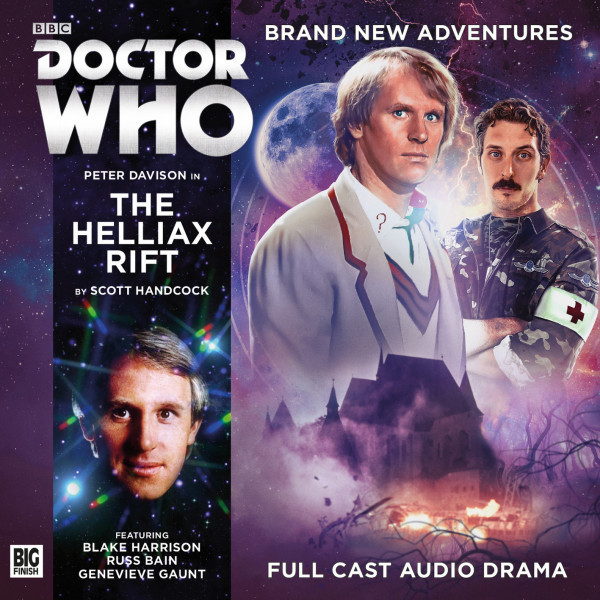 "The Helliax Rift is ambitious. It has a story to tell but is also setting up a wider arc." Blogtor Who

“It feels like a return to the original @BigFinish audios. All bets are off with a new UNIT team. Spooky and emotionally centered.” Tin Dog

"With dual threats in the story, both human and alien, Scott Handcock leads us a merry dance and delivers a surprising tale, one which delivers an emotional impact that would not feel out of place in a modern television episode." Cultbox

"Scott Handcock really has written a fantastic story here. It’s an almost perfect blend of what both Classic and New Series fans want. It may be firmly set in the Eighties in tone and presentation but it also has the heart and humanity more often seen in the New Series." Doctor Who Watch

"The Helliax Rift is enormous fun; Scott Handcock’s script is very well-plotted, revealing just the right amount of information at every twist and turn.. But the real highlight when it comes to character interaction is the double-act between Peter Davison’s 5th Doctor and Blake Harrison‘s Lieutenant Daniel Hopkins. If future stories are anything like this one, then boy, are we in for a ride!" Massmovement

"Blake Harrison's performance as Lieutenant Daniel Hopkins provides a refreshing take on Classic Doctor Who, especially when contrasted with an energetic Fifth Doctor" The Host Productions

Daniel Hopkins thought he knew what he was letting himself in for when he joined the top-secret UNIT organisation as its latest Medical Officer.

[Please note: this story is the first in a series of linked stories featuring UNIT and Daniel Hopkins, continuing with Hour of the Cybermen, and concluding with Warlock's Cross.]