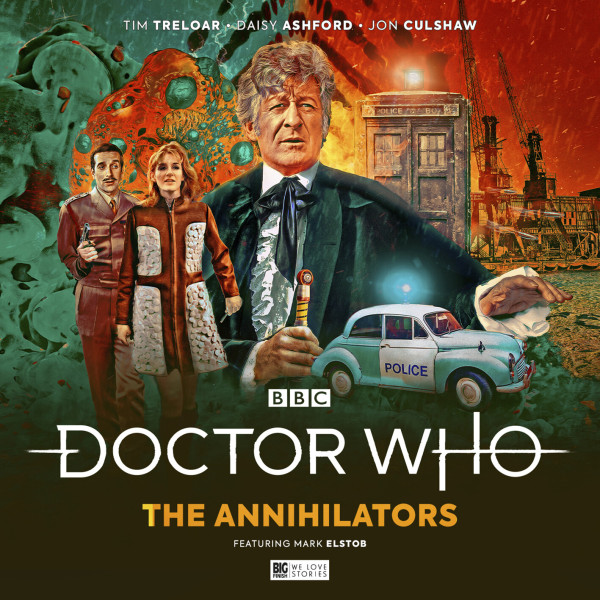 Doctor Who: The Third Doctor Adventures: The Annihilators Part 1

Login to unlock for free!
Login to wishlist
7 Listeners
recommend this

There’s something in the water at Lewgate Docks. Something strange, and green, and deadly. Summoned to the North of England by a mystery informer, the Brigadier finds his investigations hampered at every turn by the local police. Just what are they trying to hide?

While the Doctor uncovers sinister goings-on in the city morgue, Liz attracts the attention of something unearthly. But with Time running out, quite literally, it’ll take more than the combined efforts of the Doctor and UNIT to deal with an alien menace that stands on the cusp of the total destruction of planet Earth…

This free download is the first episode from Doctor Who: The Third Doctor Adventures: The Annihilators