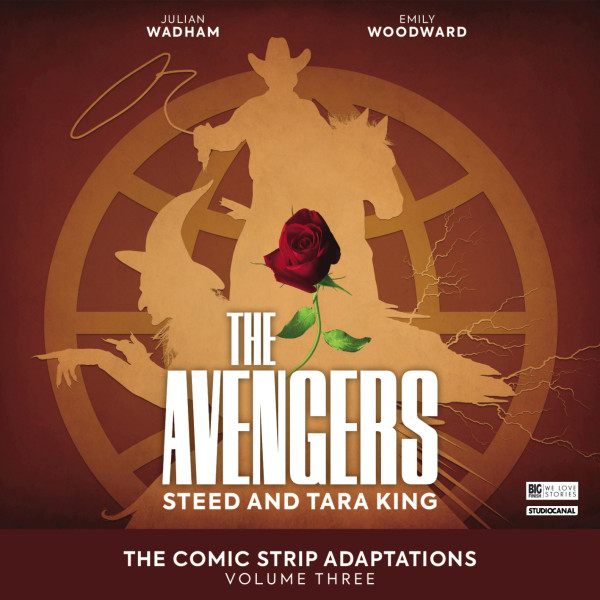 CD
US $47.88
Buy
Download
US $29.99
Buy
Save money with a bundle Login to wishlist
11 Listeners
recommend this

Four new audio stories, based on the adventures of Steed and Tara King in the TV Comic strips:

3.1 It's a Wild, Wild, Wild, Wild West by John Dorney
Steed is quick on the draw, Tara gallops away.
After reports suggest a series of robberies in the New Forest were committed by cowboys, Mother sends the Avengers into action. The trail leads to the Western-style ranch known as The Lazy J. But will it be high noon for Steed and King?

3.2 Under the Weather by Phil Mulryne
Steed is put on ice, Tara is blown away.
Steed, Tara and Mother visit an air show to see a demonstration of a new aircraft. But the plane is stolen from under their noses... and seemingly... by a storm! Something strange is in the air. And it needs the Avengers to sort it out.

3.3 Spycraft by Robert Khan and Tom Salinsky
Steed meets his equal, Tara gets the cream.
When a visiting dignitary is kidnapped on British soil, Steed and King have to leap into action. But with questions of diplomatic immunity getting in the way, they may need help from an unusual pair.

3.44 ...Now You Don't by John Dorney
Steed finds things get tricky, Tara takes the stage.
A strange gift leads to Steed and Tara King spending a night in the theatre. But who brought them there? And why? An old enemy of the Avengers is on the scene. And he will stop at nothing to get his revenge!