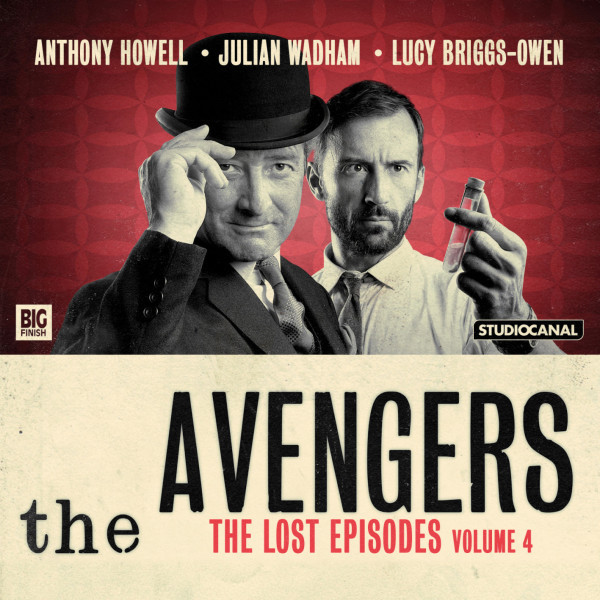 4. The Avengers: The Lost Episodes Volume 04

Download
US $30.63
Buy
Save money with a bundle Login to wishlist
6 Listeners
recommend this

4.1 Kill the King by James Mitchell, adapted by John Dorney

When the King of an unstable Far Eastern country visits the UK to sign an oil treaty, Steed is assigned to his protection and discovers that assassins lurk around every corner.

4.2 A Change of Bait by Lewis Davidson, adapted by John Dorney

Carol's landlord has got into a lot of trouble with a shipment of bananas and a crooked businessman. Fortunately Steed and Keel are hot on the heels of insurance fraudsters and might just be able to save him...

4.3 Hunt the Man Down by Richard Harris, adapted by Justin Richards

When Frank Preston is released from prison the race is on to find his hidden loot. Can Steed and Keel survive warring gangsters to return the stolen property and rescue a kidnapped Carol?

4.4 Dead of Winter by Eric Paice, adapted by John Dorney

When the frozen body of a Neo-Nazi is discovered at the docks, Steed and Keel get involved with a fascist organisation developing an apocalyptic plan.