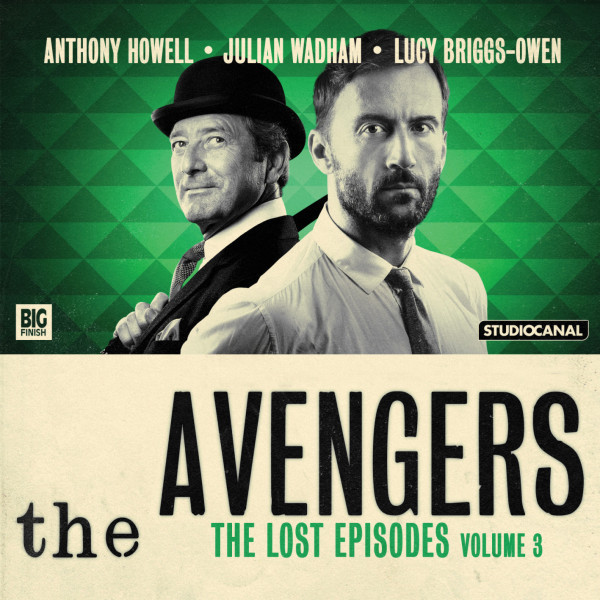 3. The Avengers: The Lost Episodes Volume 03

Download
US $30.12
Buy
Save money with a bundle Login to wishlist
8 Listeners
recommend this

3.1 The Springers by John Whitney and Geoffrey Bellman, adapted by John Dorney

Steed and Keel go undercover to try and crack a prison escape route.

3.2 The Yellow Needle by Patrick Campbell, adapted by John Dorney

An attempt is made on the life of Sir Wilberforce Lungi, the Prime Minister of an African country on the verge of independence, and Steed and Keel attempt to expose his enemies.

A dangerous attempt to discover a cache of stolen diamonds goes badly wrong, and Keel is captured by a criminal gang.

Keel is charged with keeping an eye on the daughter of a friend. But it soon becomes clear that all is not well at her place of employment, a department store in London...

It’s fast paced, furious sixties fun that doesn’t know how to disappoint its listener, politely insisting that the only way to proceed is with a knockout punch each in every chapter.