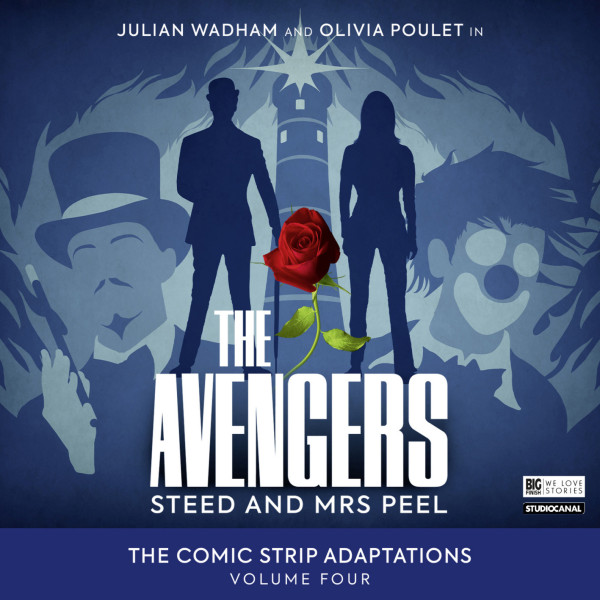 CD + Download
US $43.42
Buy
Download
US $37.21
Buy
Save money with a bundle Login to wishlist
15 Listeners
recommend this

Four more thrilling episodes, based on the adventures of Steed and Mrs Peel in the TV Comic strips:

4.1 Listen Hear... by Robert Khan and Tom Salinsky
Steed gets an earful, Emma sees the light.
An agent has been lost at sea shortly after getting hold of a revolutionary new device that the Ministry is very keen to acquire. Steed and Peel are sent to retrieve it, but the enemy agents also on the trail are the least of their worries. Someone is listening in on their every move. But who?

4.2 The Clown Has Two Faces by Dan Starkey
Steed has his cake and eats it, Emma flies through the air.
Top secret plans have been stolen, and all signs point to a travelling circus. Infiltrating, Steed and Mrs Peel find themselves in the middle of a deadly serious plot. When you take on clowns, can you be certain of having the last laugh?

4.3 White Heat by Gemma Langford
Steed goes North, Emma feeds the flames.
Fireballs are descending upon London and a ransom is being demanded. Steed and Peel have a single lead - an agent badly injured in a similar attack. If she can lead them to the person responsible, they might just have a chance to stop the destruction... but if not, they will soon witness the second great fire of London!

4.4 Now You See Him... by John Dorney
Steed opens the box, Emma does a disappearing act.
Scientists are defecting and no-one is entirely sure how or why. With their quarries disappearing on the street, Steed and Peel are baffled. Surely a night out at the theatre can’t provide the solution?