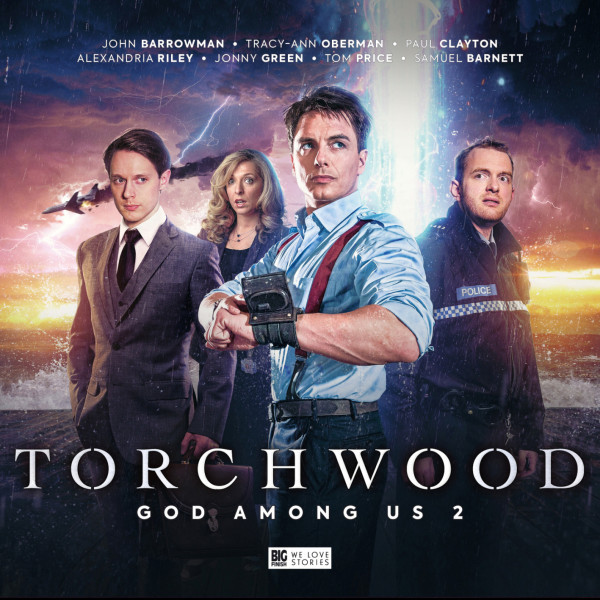 CD + Download
US $43.30
Buy
Download
US $37.12
Buy
Save money with a bundle Login to wishlist
41 Listeners
recommend this

Torchwood pick up the pieces and move on. After all, there’s a whole new set of alien threats to deal with. But when a God comes to Cardiff, the world goes to Hell...

6.5 Flight 405 by Lou Morgan
Flight 405 went missing over 60 years ago, but tonight the plane finally lands. Norton Folgate’s a Torchwood agent from the 1950 and he swears Flight 405 contains the secret to the end of the world, but can Torchwood trust him?

6.6 Hostile Environment by Ash Darby
An app's been launched that allows you to tag the homeless. People thinks they're doing a good thing and helping out. It does seem a remarkable success. After all, since it’s launched, there are a lot less homeless people on the streets – so it must be doing some good, mustn’t it?

6.7 Another Man's Shoes by Tim Foley
Yvonne wakes up in Andy's body - and both have difficult days ahead of them.  Meanwhile, Norton’s making himself very much at home in Tyler’s body, much to Tyler’s alarm, and Ng is worried she knows what’s going on. Someone's playing a terrible trick on Torchwood. But who will win?

6.8 Eye of the Storm by David Llewellyn
An alien power station is sending out waves of lethal energy, people are turning to stone and the water levels are rising. As Torchwood set out on a desperate mission, God takes tea with someone who has been playing a very long game. Has the time come for Norton Folgate to save the world?

Recorded at: The Moat Studios, The Soundhouse, WiseBuddah and Bang Post Production