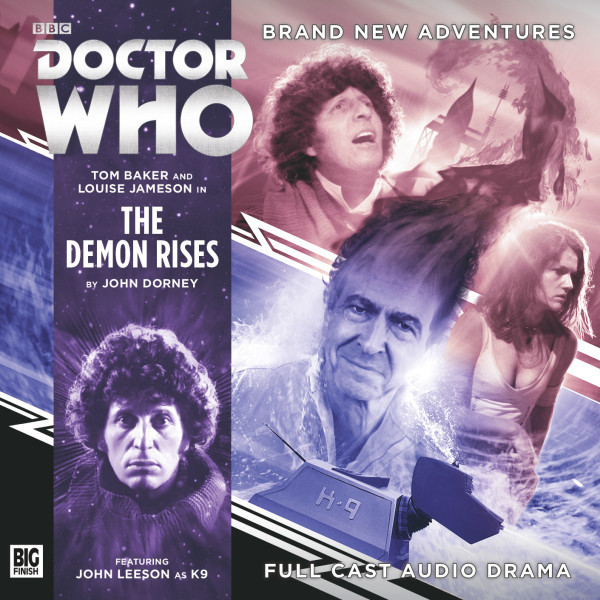 Download
US $8.99
Buy
Login to wishlist
3 Listeners
recommend this

"4.5/5 It’s rare for the second part of a two-part story to live up to the bevy of ideas presented in the first as the breadth of imagination must be tempered to offer a satisfying resolution, but ‘The Demon Rises’ manages to continue introducing new ideas throughout that both expand upon and refine everything that has come before." Doctor Who Reviews

"The Mind Runners/The Demon Rises is a story rich enough, layered enough, and peopled well enough with characters who feel entirely real and self-motivated that it could stand alongside most of the televised Fourth Doctor and Leela episodes (many of which are considered to belong to a golden age of Doctor Who), and also alongside some of the most highly-regarded sci-fi movies of the seventies." - Massmovement

"The cliffhanger and the end of part one (spoiler removed) is one of the most horrifying moments I have experienced in Doctor Who… here is a great, unravelling mystery and the presence of the real sentient darkness" The Digital Fix

Something horrific is happening on Chaldera… and it has been happening for longer than anyone could possibly have realised. Now every life on the planet is at stake. Bar one.

This story began in Doctor Who - The Fourth Doctor Adventures: 7.3 The Mind Runners