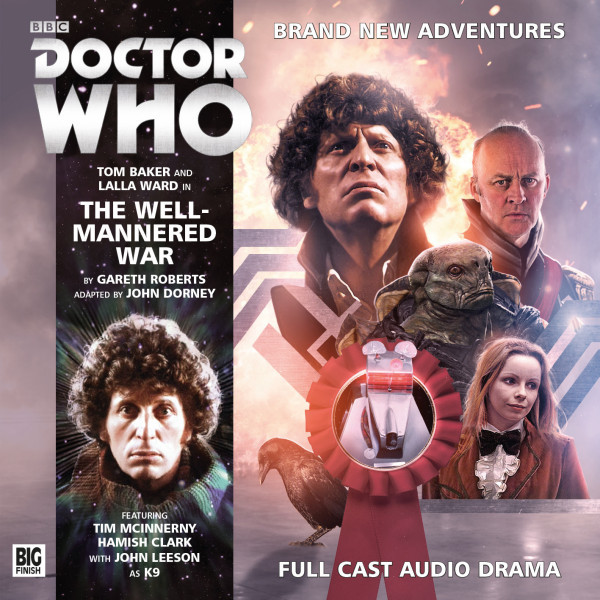 CD + Download
US $18.44
Buy
Download
US $15.98
Buy
Save money with a bundle Login to wishlist
17 Listeners
recommend this

Laid claim to by disputing factions of humans and Chelonians, the planet Barclow has become the catalyst for an unusual war. In two hundred years of hostilities not a shot has been fired, and the opposing combatants are the best of friends.

But when the Doctor, Romana and K9 arrive, they discover the peace is not going to last. Something dangerous is happening behind the scenes. An election looms. Bodies are piling up. Tensions are growing. Someone, somewhere is trying to make this well-mannered war very angry indeed.

Only the time-travellers can save the day. But that might be their biggest mistake.

Based on the original 1997 Missing Adventures novel by Doctor Who writer Gareth Roberts.