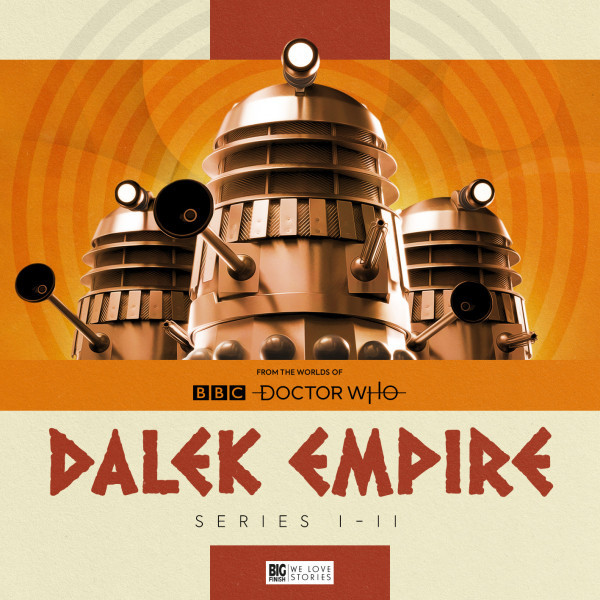 Download
US $21.24
Buy
Login to wishlist
14 Listeners
recommend this

The Milky Way is at peace. After centuries of struggle, the Earth Alliance has been created and all is well. Then, without warning, the Daleks launch their invasion. An invasion which threatens to tear apart the fabric of our entire galaxy...

The galaxy is in the grip of a terrible war. Kalendorf and his forces are fighting alongside Daleks from another dimension. With civilisation on the brink of destruction, it may now be impossible to tell friend from foe...

The release also includes a bonus featurette - Dalek Empire Strikes Back - a special behind-the-scenes documentary which looks at the making of Dalek Empire 2 and includes interviews with the cast and crew.

Some series take a while to find their feet, while others get it exactly right from the first episode. Dalek Empire is a perfect example of the latter with Invasion of the Daleks.

Invasion of the Daleks, does exactly what it says on the tin, setting up what is to come in spectacular fashion.

I was not disappointed. Dalek Empire is a bit of a tour de force. Nicholas Briggs even gets his legendary love of pickled onions in there. And we are left begging for more.

Shop all audiobooks
Next release in this range: Dalek Empire: Invasion of the Daleks