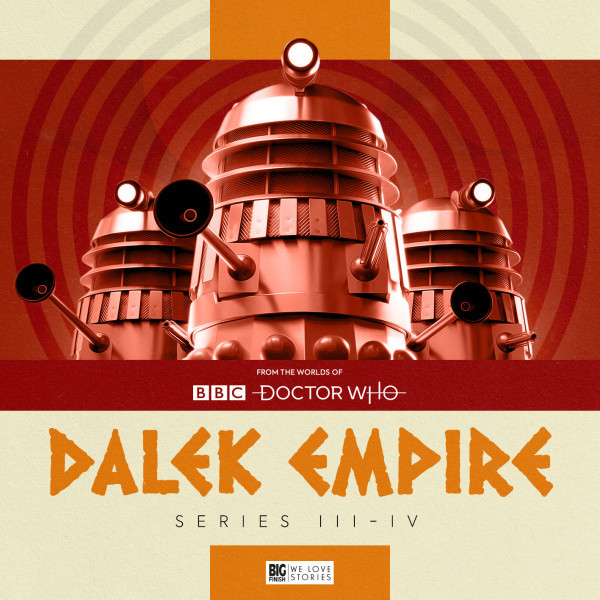 Download
US $20.78
Buy
Login to wishlist
10 Listeners
recommend this

At the end of Dalek Empire II: Dalek War, Galactic Union envoy Siy Tarkov set off from the planet Valyshaa with vital information warning of an imminent Dalek invasion of the galaxy.

Twenty years later, and the only proof Tarkov ever existed is a garbled message, calling for help. But no-one is listening.

Chapter 1: The Exterminators
Chapter 2: The Healers
Chapter 3: The Survivors
Chapter 4: The Demons
Chapter 5: The Warriors
Chapter 6: The Future

The Daleks are conquering our galaxy. Nothing can stop them. But Commander Agnes Landen has an idea.

On the outer planet Talis Minor, Salus Kade is struggling to keep his colony alive. The last thing he needs is a war to fight.